Three Reasons Why Chinese Restaurants Are So Popular In Australia

Chinese cuisine is one of the largest subgroups of food and dining in Australia. It is not uncommon to see a Chinese restaurant in nearly every dining district across the country, even in places without a large Chinese expat community. So, what is behind the popularity of Chinese food in Australia? No doubt a lot of it is because of the intricate and dedicated processes going on in the kitchen, but it is also more than this. Here are three reasons why your local Chinese restaurant is so popular with the locals!

It Is Very Light

Man traditional Western meals have thick sauces, large portions of well-cooked steaks and huge portions of filling fruits and vegetables like potatoes, carrots and pumpkin. In stark contrast to this, Chinese food is served in much more broken-up portions that go down much smoother. Often, you are getting the same amount, but because you eat and digest it in more individualized morsels, your body doesn't feel as overwhelmed. It also helps that many of the ingredients like pork, fish, rice and sauteed vegetables are less dense than the Western counterparts listed above.

Blend Of Sweet And Savoury

Another great thing about the menu at a Chinese restaurant is that the line between sweet and savoury is blurred, if not totally erased. From delicacies like the Chinese tea egg to staples found all around the world, such as sweet and sour pork, there seems to be a conscious effort to seamlessly blend sweet and savoury flavours as much as possible. This makes the whole cuisine quite unique. You can also take this one step further with the special sauces and drinks found only at a Chinese restaurant.

China is a huge country with over a billion people living across thousands of kilometres. It is no surprise that within Chinese culture as a whole, there are multiple microcultures and regional differences. These differences also present themselves in the food, which means you can find something for everyone. Often, people find a dish they like and stick with it for a long time, but there are just too many to try at a Chinese restaurant. Perhaps you feel like some dumplings that come from the eastern region around Shanghai, or maybe you'd rather some have some chilli chicken from centrally located Chengdu. When you have so much land, history and culture to draw from, it is no wonder that Chinese food is so popular in Australia and around the world. 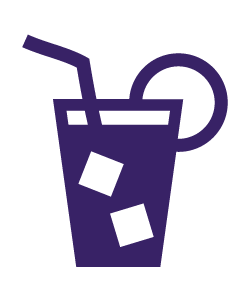 Eating out should be a fun experience. If you are tired of spending evenings out with your friends and family which you don't quite enjoy, you have come to the right place. Here, we aim to bring you all of our top tips which will help you to have a great evening of food, drink, and laughter. While we don't work in the restaurant industry, we do have a passion for eating out. This passion has driven us on to research and write the articles you see here. Read on to find out about different cuisines, interesting dishes, and much more!